US aimed to hurt the positive image of CPEC: The Pakistan Economy Watch (PEW) 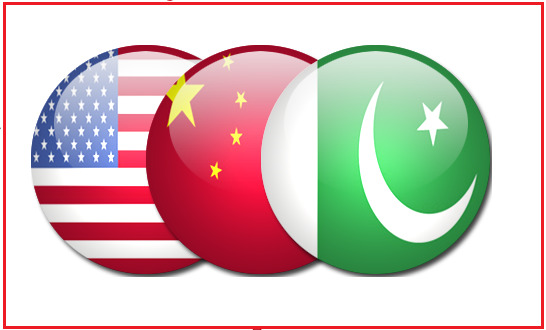 US Assistant Secretary of StateAliceWells’s anti-CPEC sentiments negate the basic facts. It seems that she had specifically planned on an anti-CPEC mission during her recent visit to Pakistan, reports Gwadar Pro App. Pakistan’s civil society responded precisely and conveyed the strong message that Pakistan wants to restore its relations with the US while keeping its national interests as a prime and strategic interest with China intact. China and Pakistan have been firmly committed to CPEC. It is a consensus-based decision, based on principles of mutual consultation and cooperation for shared benefits. Major progress has been achievedinthe past five years, with 32 projects achieving early results. This has significantly improved local transportation infrastructure and power supply, directly created over 75,000 jobs and contributed one to two percent to GDP growth in Pakistan. It shows that CPEC is playing an important role in boosting Pakistan’s socio-economic development and improving people’s livelihoods. Under the CPEC, during its planning orimplementation, every project is mutually discussed, carefully studied and jointly implemented by both China and Pakistan. All Chinese companies participating in the CPEC enjoy an international reputation. All projects strictly followmarket-oriented and internationally accepted businessmodels, adopt state of the arttechnology and strict environmental protection standards. The entire process is open and transparent and is in line with international norms. Regarding the so-called debt issue, according to statistics from the State Bank of Pakistan, the total foreign debt of Pakistan is 110 billion US dollars. In fact,international financial institutions including the Paris Club and IMF are the largest creditors of Pakistan.