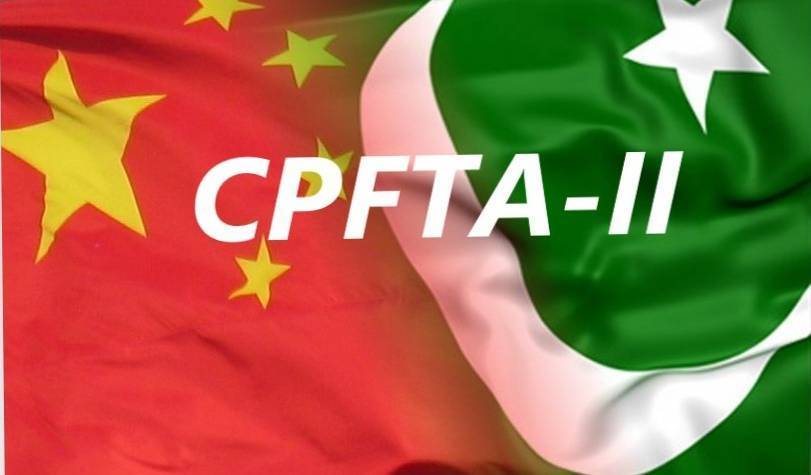 Chinese Consul-General Li Bigian on Thursday asked Pakistani entrepreneurs and traders to avail benefits of the Free Trade Agreement (CPFTA) Phase-II. Speaking at a “Meet the Press” event at the Karachi Press Club (KPC) he said that Pakistani exports to China can be enhanced by $ 6 billion under the FTA Phase-II.

The Consul-General said that the first phase of the multibillion-dollar China-Pakistan Economic Corridor project (CPEC) has been concluded successfully and added that work was underway on its second phase in the country.

The envoy said that Pakistan and China have been enjoying extremely friendly and cordial relations and cooperating with each other in many areas of common interest.

He said that China’s position on the Kashmir issue is clear and consistent. Kashmir issue should be resolved under the resolutions of the United Nations, the envoy added.

Last year on December 2, the second phase of the Pakistan-China Free Trade Agreement (FTA) had come into effect, allowing Pakistani manufacturers and traders to export over three hundred new tariff lines on zero duty to the massive Chinese market.

The two countries had completed all the legal procedures and formalities to start the implementation of the agreement.

He said that over 2000 people in China have so far died from Coronavirus and thousands of other cases said to have been infected by the virus have been recorded; however the country was making all out efforts to cope with the issue to protect its people and economy.

He also expressed grief over the loss of human lives as a result of the mysterious gas leakage in the port area of Karachi. Reuters adds: A Chinese diplomat on Thursday backed Pakistan’s decision not to evacuate Pakistani students from the province at the centre of China’s coronavirus outbreak.

“If such large number of students come back, this will cost huge health operations for the Pakistani government. If the isolation facilities are not ready, this can cause another outbreak of this virus in Pakistan,” Li Bijian, Consul General of China in Karachi, told reporters.

“So that’s why I say this decision of not evacuating the students from the epicentre is difficult but a very good decision.” Li said China had better facilities for the students and the government was providing masks and suits to protect them.

Execution of CPEC is continued albeit Chinese spring festivities