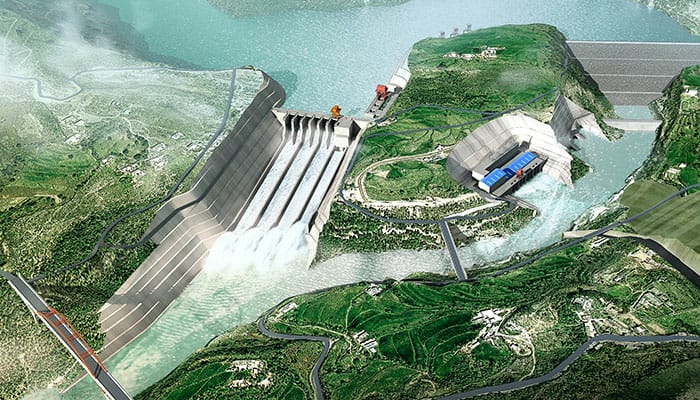 BEIJING, Jan 28 (APP):Strict safety and environmental protection measures are being ensured during the construction of the 720-Megawatt Karot Hydropower project being completed under China Pakistan Economic Corridor (CPEC) framework.

Safety signs in Chinese, English and Urdu can be seen everywhere on the project site, and workers are equipped with hard hats, reflective vests, work shoes and other equipment, Dai Pengliang, a Chinese worker who chose to stay on the project during the Chinese New Year in order to strictly ensure construction safety told Xinhua.

He said that the Karot Hydropower project attached a great importance to construction safety, and had done a lot of work in the formulation of safety regulations, the management and control of safety risks, and the investigation of hidden dangers.

With about 70 percent of the overall construction completed, the Karot Hydropower Plant, a priority implementation project and a subsidiary of China Three Gorges South Asia Investment Co. Ltd located some 70 km east of Capital Islamabad, is expected to be put into commercial operation by the end of 2021.

“Chinese workers have taken the lead in complying with safety regulations, and the exchange of professional skills between Chinese and Pakistani builders has also promoted the construction of Pakistan’s hydropower talent team,” said Dai Pengliang who joined the project in 2015.

According to Li Zhili, deputy general manager of Karot Electric Power Co., Ltd., the project with a total investment of US$ 1.74 billion was expected to be put into commercial operation by the end of December 2021. Up to 3.2 billion kWh of clean power will meet the power needs of 5 million people and optimize Pakistan’s energy mix.

Niyzi, a 27-year-old Pakistani who studied in China for 5 years and joined the Karot project shortly after returning to China in 2018 and working as an interpreter on the project said, “This year is the seventh consecutive year that I have celebrated the Spring Festival with my Chinese friends. I brought them some Pakistani special foods. The Chinese brothers are far away from their motherland, their hometown and their loved ones. We Pakistanis should not let Chinese brothers feel like they are leaving their homes, but let them feel that we are a family.

It may be mentioned here that work for the construction of access roads, bridges, concrete batching plant, diversion tunnel and spillway is in process.

The hydropower project (HPP) will have a reservoir storage capacity and it will help to improve the dependability of the energy supply in the region.

Shipbuilding industry to be explored under CPEC