CPEC is an engine of Pakistan’s socioeconomic growth 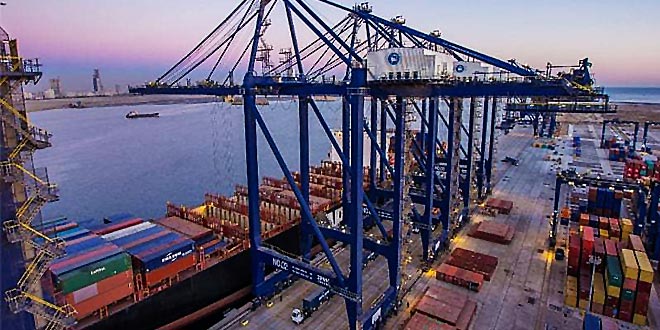 The significance of economic corridors has increased manifold in the present era. China-Pakistan Economic Corridor (CPEC) is a regional connectivity venture that will enhance the trade and economy, improve infrastructure, overcome energy crisis, and help establish people-to-people contacts between China and Pakistan. The corridors can be referred to as a tool to ensure better political and economic relations with the regional countries. CPEC is a mega project which is being built with the aim to connect the southern port of Pakistan at Gwadar through highways, rail networks and pipelines to China’s North-Western Xinjiang region for connectivity. This mega development project is considered very vital for economic growth of China and Pakistan. As far as the cost of this project is concerned, it is estimated to be $ 62 billion, with an optimistic expectation for the completion period of the project by 2030. CPEC is of vital importance in terms of regional connectivity which is very vital in the era of globalization and in the wake of paradigm shift from ‘security’ to ‘economics’. CPEC is a cutting-edge socioeconomic initiative of Pakistan and China in the 21st Century that holds promise for the wellbeing of people of the two countries.

CPEC venture should not be construed as a monetary and budgetary guide given to Pakistan but an inspiration for the two decades ahead. This time span for CPEC is critical for Pakistan as it is the time during which Pakistan by using its resources might get in a position to compete with world economies. CPEC is vital for Pakistani business organizations and the corporate community which is providing them opportunity to associate with the rising economy of the world. The project has to be handled wisely if it has to turn in to a harbinger of change. The size of venture, capital being invested combined with Chinese skill of undertaking large scale undertakings makes CPEC a potentially advantageous task. Besides helping to address issues of Pakistan’s security and stability, a predictable inflow of large scale Foreign Direct Investment (FDI) will assist Pakistan in improving its image. The economic activity generated by CPEC shall reflect the country as a safe place to do business. Resultantly, Pakistan might be in a better position to connect with other economies of the region and beyond once its own economy is set to perform better. The China-Pakistan closer ties are likely to pull in Afghanistan and that could lead to further connectivity ventures involving Central Asia and beyond. In 2016, China had a GDP of $ 18 trillion on PPP (Purchasing Power Parity) premise and it has one of the biggest outside cash stores of $ 3.6 trillion that gives it a great commercial leverage to carry out ventures. It is the largest global exporter with value of $ 2.34 trillion and the third biggest shipper with yearly imports worth $ 1.96 trillion.

After the initial phase of addressing energy and infrastructure needs of Pakistan, CPEC now enters the industrialization phase with nine economic zones being planned. This phase is likely to create millions of jobs after industries are set up and many Chinese industries are relocated in the process. According to the Gwadar Port Authority (GPA), Gwadar port will potentially create 40,000 jobs with commencement of port operation. Pakistan needs to work on a war footing to create capacity to take advantage of the project like CPEC because it has promise of prosperity, it pledges to foster socio-economic vision, it has potential to change life of millions. Around 60% of jobs created will have local people of the areas where job opportunities would arise. Therefore, CPEC will provide opportunities where access to basic amenities of life like banking, market, transportation, education and health would be made possible. This will contribute towards improvement in the living standard of the people and would lead to development and prosperity.

People-to-people contacts are weak link in China-Pakistan relations, particularly in the wake of CPEC. Both the governments are endeavoring to create awareness with regard to cultural ties and people-to-people contacts. An agreement to promote culture has been signed between Pakistan Television and China Central Television in China Press and Pakistan Information Ministry. CPEC, therefore, will promote cross-cultural linkages between China and Pakistan. China-Pakistan Economic Corridor is a win-win cooperation framework for the two countries that aims to address the socioeconomic uplift of both Pakistan and China’s western regions. The purpose of this Corridor as of today is not of strategic expansion but to draw economic benefits for the good of the whole region and achieve fruitful cooperation through connectivity and economic partnership. A developing nation like Pakistan needs to work on a war footing to create capacity to take advantage of the project like CPEC because it has promise of prosperity, it pledges to foster socio-economic vision, it has potential to change life of millions.