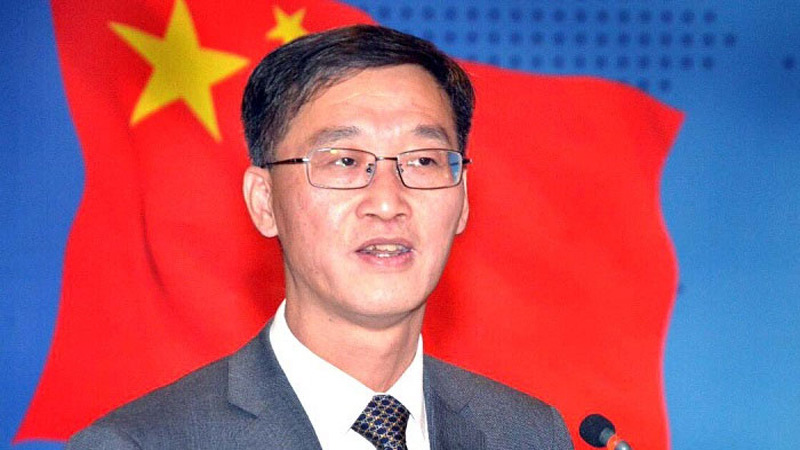 Since the beginning of this year, the sudden outbreak of Novel Coronavirus Pneumonia (NCP) has spread in China. Governments at all levels in China have taken epidemic control and prevention as the top priority. Every effort has been made in China to race against time and compete with the epidemic.

General Secretary Xi Jinping of the Communist Party of China (CPC) presided over an urgent meeting of the Standing Committee of the Political Bureau of the CPC Central Committee on the very first day of the Chinese New Year. Top-down Epidemic control and prevention work has been rapidly deployed and the Central Leading Group for Response to Epidemic has been established at the CPC central level. Under its guidance, the Joint Prevention and Control Mechanism of the State Council works as the key coordination body and is promptly resolving urgent problems emerging from epidemic control and prevention. All 31 provinces, autonomous regions, and municipalities in mainland China have initiated Grade I Response to major public health emergencies, building a comprehensive, multilevel, and foolproof control and prevention system, focusing on Wuhan city and Hubei province, from the central to the local level. There is no exception from urban areas to rural areas, and the most comprehensive and unprecedented protective isolation measures have been adopted to contain the epidemic. The central government has allocated special funds for epidemic control and prevention, medical staff and medical supplies across the country have rushed to Wuhan city for help, top experts and scientists in infectious diseases have been working day and night to curb the outbreak. The Chinese people have fully understood and cooperated with the government’s measures and demonstrated courage and solidarity at this difficult time.

Meanwhile, the Chinese government keeps updating the public in an open, transparent and responsible manner and has invited WHO experts to China for guidance. WHO Director-General Dr Tedros Adhanom visited China recently and commented that the Chinese government’s measures are beyond WHO requirements, and “China is actually setting a new standard in terms of outbreak response.” Secretary-General of the United Nations Mr António Guterres said China’s efforts is fully recognized by the UN. IMF Managing Director Ms Kristalina Georgieva also supported China’s efforts to tackle the NCP outbreak, and was confident that China’s economy “remains resilient”. Leaders of 67 countries as well as heads of 14 international organizations including President and Prime Minister of Pakistan, wrote letters to President Xi Jinping, Premier Li Keqiang to express their solidarity and support. Many foreign governments and friends are extending their hands to China. They provide urgently needed protective suits, medical masks and safety goggles. The Chinese people are very grateful to these gestures of goodwill.

The Chinese government has been ensuring safety and health of all foreigners as we treat our own citizens and pay special attention to the treatment of foreign NCP patients in China. The Foreign Ministry of China has kept in touch with all Embassies in Beijing and has done a lot to safeguard the health, the rights and the interests of foreign nationals. The Foreign Ministry of China has launched a special section “Fighting 2019-nCov” on its English website, providing timely updates and official information. The National Immigration Administration has translated the Public Prevention of NCP issued by China CDC into six languages which is available on line. Hubei province has set up a 24-hour hotline on epidemic prevention and control for foreign nationals there. Till now, there are 19 foreign NCP patients in China, 2 of them have been cured.

Pakistan is a true friend of China, especially in this difficulty. The Chinese people have got strong support from Pakistan in dealing with the epidemic. President Dr Arif Alvi and Prime Minister Imran Khan have written letters to Chinese leaders, expressing their confidence that the Chinese Government, the Chinese people will overcome the challenge very soon. In a recent phone call with Chinese State Councilor Wang Yi, Foreign Minister Shah Mahmood Qureshi said the Pakistani people stand firmly with the Chinese. All friends from all walks of society in Pakistan have extended their friendly hands to us, expressing their confidence and support for China. What has touched me was that many Pakistani people, including students in China spontaneously made small videos, wrote poems with “Go China” and “Go Wuhan”, which demonstrated the rock-solid friendship between China and Pakistan.

I want to express my special respect to the students in Wuhan and Hubei province. Yes, you are in difficult situation. Both the Pakistani and Chinese governments care about you, care about your health and safety. The best medical advice is to stay where you are, be confident and adopt all preventive measures. The Chinese medical institutions have the capability and capacity to address your concerns. Whole China is behind you. You are like our own brothers and sisters, and you will be well protected. For both Pakistani and Chinese citizens who return to Pakistan recently, they have been required to adopt strict health quarantine and self-isolation measures. Pakistan is responsible, and China too.

It is Quaid-e-Azam Muhammad Ali Jinnah that has inspired me. He once wrote “You will have to make up for the smallness of your size by your courage and selfless devotion to duty, for it is not life that matters, but the courage, fortitude and determination you bring to it.” The winter will eventually end and the spring is in the offing. We will win, and soon, against this challenge.