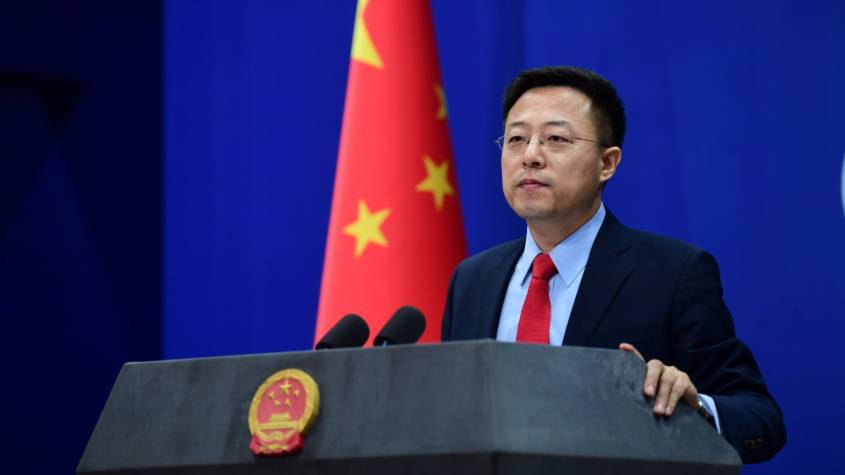 China on Monday reiterated its gratitude and appreciation over the enormous support and assistance offered by Pakistan in the wake of the novel coronavirus epidemic.

Zhao was the deputy head of the mission at the Chinese Embassy Islamabad before assuming his new role.
He said that China and Pakistan were all weather strategic cooperative partners with a tradition of mutual assistance and pointed out that Pakistan was among the first country that voiced support to China, offered donations and it also kept normal exchanges between the two countries after the outbreak.

The spokesperson noted that Pakistan’s two houses of parliament passed resolutions in support of China’s efforts to fight the epidemic, saying, “This fact once again shows that the two countries are true friends and good brothers through thick and thin. It also shows that we are a community with shared future sharing weal and woe.”

He reiterated that the Chinese side would continue to strengthen its cooperation with the international community, including Pakistan to deal with the epidemic and advance global public health cause.

About well-being of Pakistan citizens and students currently living in China, he said that the government would also act with a high sense of responsibility to strengthen communication with Pakistan.

“Please rest assured about the good care of our Pakistani brethren and sisters. We know there are many Pakistani students are studying here in China. Rest assured, we will take very good care of them,” he added.

Answering the question, he pointed out that he had worked for two posts in the Chinese Embassy, Islamabad. Zhao also expressed his love and affection for Pakistan and said: “I have a deep feeling for the country.”

It may be mentioned here that Prime Minister Imran Khan held a telephonic conversation with Chinese President Xi Jinping in the wake of coronavirus outbreak last week and demonstrated solidarity with the leadership and people of China.

Pakistan also dispatched medical supplies to China for the treatment of the new coronavirus patients in Wuhan, while members of the Pakistani community and students studying in Chinese universities volunteered to assist the Chinese government in the battle against the virus.

China is interested to promote agriculture and technological development under CPEC: Yao Jing